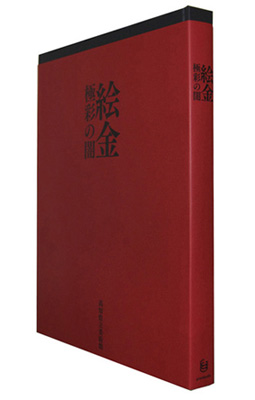 The painter Kinzo, known as Ekin, played an important role in Tosa (presently Kochi prefecture)
from the end of Edo period and established the genre of “shibai-e” screens.
The year 2012 marks the bicentennial of his birth,
“EKIN: The Variegated Darkness” was proudly presented at The Museum of Art, Kochi on view from October 28 to December 16.
This volume is the official catalogue of this exhibition.
The catalogue conveys the original ambience of the views with “shibai-e”
screens by cyclopaedically covering not only never included before images but also the photographs of traditional rituals.
It also includes the sections focusing on the humor of Ekin who depicted bloody scenes and outcomes of scientific researches.
By paying attention to discourses after the death of Ekin, including the movies and stages,
it follows up the circulation of the image of Ekin. This is the authentic catalogue closing up the shadowy figure,
Ekin by non-conventional approach.