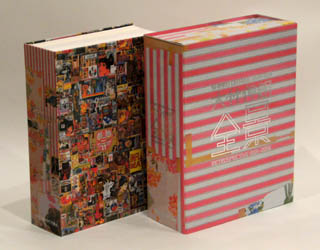 This volume provides full documentation of this unprecedented exhibition of the same name, running from October 14th – December 25th 2006 and occupying 100% of the exhibition space of the Museum of Contemporary Art Tokyo.

Documentation of the over 2000 artworks featured in the exhibition is included, along with photographs of the works as installed in the Museum of Contemporary Art Tokyo. A comprehensive chronological listing of essays, publications, handmade books and sound works is also included, along with “Invisible Sound / Unheard Picture,” an essay by Shinro Ohtake.